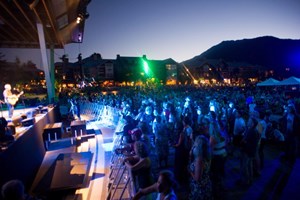 Every summer the village of Whistler hosts a series of FREE concerts at the newly built Whistler Olympic Plaza. Join us this Friday, Saturday and Sunday for FREE shows from the artists below. If you are staying at the lodge of live in Pemberton the Olympic Plaza is about a 25 minute drive away from the Pemberton Valley Lodge.

At 8:30PM indie folk singer Vince Vaccoro is set to take the stage at the Olympic Plaza. Originally born in Montreal he has since moved out west now calling Vancouver home. Many of Vince's songs reflect the west coast vibe of which he has since adopted. His break out single 'Costa Rica' has garnered massive airplay on alternative rock stations throughout Canada putting him on the map as one of the country's bright young talents.

Following newcomer Vince Vacarro are rock veterans Blackie and the Rodeo Kings. The groups has been together over two decades and amassed numerous JUNO nominations along with one win. Blending together elements of rock, jazz, folk and country music there style cannot be pegged into one genre. With over 7 albums released and countless year's of touring one thing is for sure Blackie and the Rodeo Kings are sure to bring down the house this Friday night.

The Boom Booms are a pop-rock band based out of Vancouver. This six piece band has been making music together since 2007 already building a loyal fan base across the country. There light hearted and funky pop sound is sure to make them a crowd pleaser this Saturday night. This band is a great family friendly listen so bring out the clan Saturday night beginning at 8:30PM.

Following The Boom Booms is violinist Kytami. This former Whistler resident and local Vancouverite is set to thrill her former hometown this Saturday night. Trained in classical violin she has since incorporated a number of different styles into her repertoire including the fiddle and electronic violin. Often backed by a DJ and singers this act is sure to energize the Whistler crowd.

Emmanuel Jal is set to close out the weekend on Sunday with his set beginning at 8:30PM. This Sudanese born rapper has lived through incredible struggles in his life including surviving a childhood surrounded by civil war. Know an advocate for the denouncement of children of war he spreads his message through his songs and travels. Don't miss this powerful performance this Saturday night at the Olympic Plaza.

looking for a pemberton hotel for the summer? 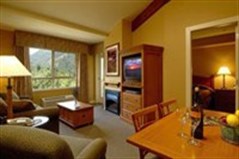 The Pemberton Valley Lodge is only a 25 minute drive away from the Whistler Olympic Plaza and all of this weekend's concerts.

We offer beautifully appointed guest suites and great amenities.  Please contact our friendly staff for more information or to make a reservation.