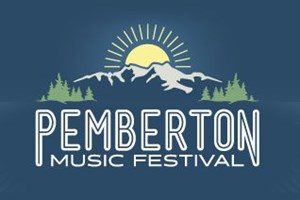 The three-day long festival, produced and promoted by HUKA Entertainment, will be set at the foot of the majestic Mt. Currie, just past the Village of Pemberton. In collaboration with land partners the Sunstone Group and the Lil'wat Nation, HUKA is prepared to turn the Pemberton valley into a premiere musical playground on par with its other award-winning festivals.

"We are very excited to host Pemberton Music Festival on our lands and look forward to continued collaboration with the local community in creating a fun, safe music experience that will be second to none," says Neil Colquhoun, President of the Sunstone Group.

"The Lil'wat Nation is proud to support Pemberton Music Festival, continuing our legacy of participating in world-class events," adds Lil'wat Nation Chief Lucinda Philips. "The Nation is happy to showcase its traditional territory and share our history and culture while promoting our economy."

Just like the festival five years ago, the Pemberton Music Festival will included much more than simply music.  The event will provide a blend of on-site camping and off-site hotel lodging options, in collaboration with festival lodging and activities partners Whistler Blackcomb and Tourism Whistler. While limited camping will allow festival-goers to stay directly on festival grounds, those seeking the comforts of a home away from home can secure traditional lodging options in nearby Whistler, BC. Non-camping patrons will have access to a variety of festival-supplied transportation options, including shuttles from Whistler.

"We are all very excited to support this world-class music festival in 2014 and look forward to the tremendous energy and exposure it will bring," says Dave Brownlie, President and CEO of Whistler Blackcomb.