IRONMAN 2013 in Pemberton: What an Event!

The first IRONMAN competition to hit Whistler & Pemberton is in the books. British Columbia's own Trevor Wurtele was the first competitor to cross the line with a time of 8:39:33. This marks Wurtele's first time wining the competition a goal he set out nearly a decade ago.

Wurtele battled most of the race out with runner up Matt Russell, who came out of the biking stage with the lead. Unfortunately for Russell he attributes expending to much energy on the bike course to his defeat. After finishing the bike leg in 3rd place Wurtele was able to pass Russell on the last half of the running leg, a lead he would never give up after that.

As for the women's event, Uli Bromme from Colorado was the top finisher with a time of 9:28:13. Two Vancouver athletes rounded out the top 4 in the women's event with Gillian Moody taking third with at time of 9:49:09 and Christine Fletcher finishing fourth.

The event turned out to be a terrific success in the town of Pemberton with big crowds coming out to cheer on the athletes as they biked through town. IRONMAN Canada has made already made a commitment to come back next year with Pemberton once again hosting a portion of the biking event.

Several viewing area's were set up around Pemberton which closed traffic off to much of the town for the event. 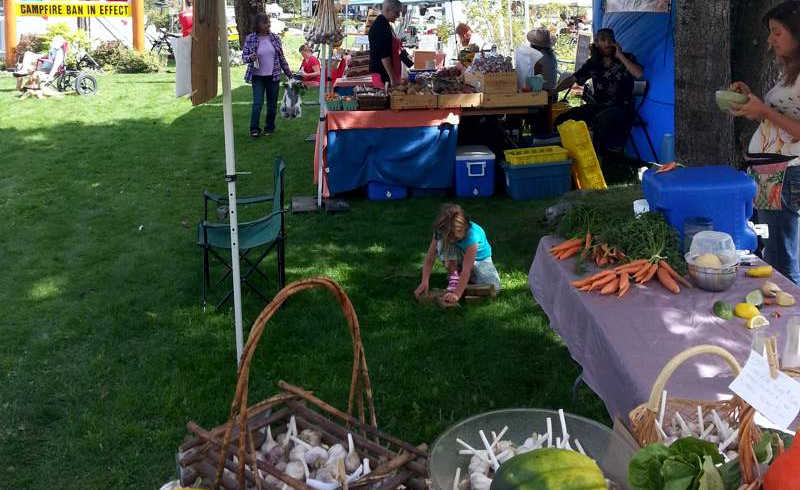 Many local food vendors took the opportunity to set up food stands outside of the Pemberton Visitors Centre.