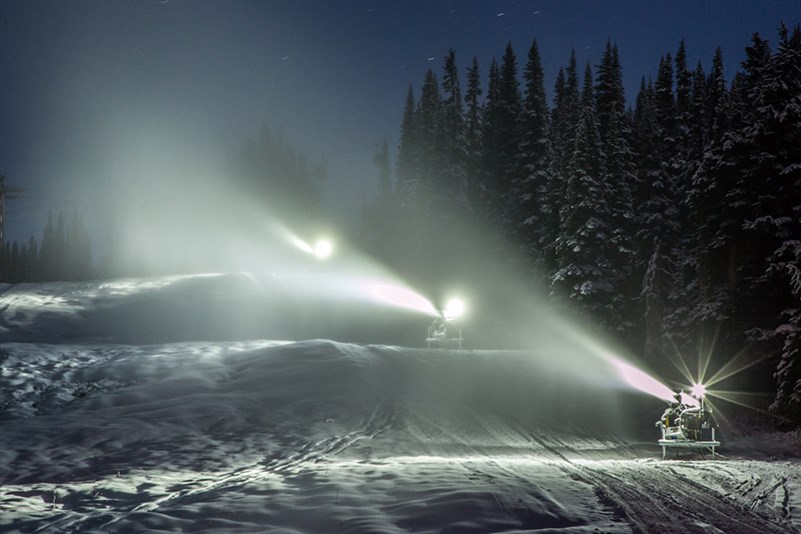 It's almost here!! Whistler Blackcomb is set to open their chairlift doors on November 27th. Thanks to the recent cold snap that's hit the town the boys up the mountain have been hard at work making snow 24/7 in anticipation of opening day.

As of right now the mountain is committed to having 11 runs open for the 27th including 6 runs on Whistler and 5 on Blackcomb. It also appears we're heading for so much needed snow falls in the following weeks. However the boys over at WB aren't committing to an early opening day as in years past. Unfortunately there just hasn't been the early snow falls as in years past. But hopefully with some heavy falls next week combined with the snow making effort we'll be full tilt for late November.

Looking forward to opening day and looking to save some cash?

Make sure to check out our Ski & Snowboard Packages at the Lodge. When you book a ski package with us you get two lift tickets with each night of accommodation. On top of that we'll drive you to and from the mountain each day. You can also create your own custom package that includes gear rental, lessons and accommodation upgrades.