The 2014 Sochi Winter Olympics are on & we are excited to be sharing them with you, watching the games together in our lobby & drawing names for a complimentary night's stay every time Canada wins gold. 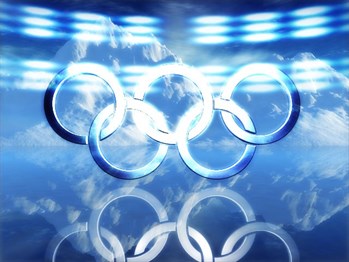 We thought we'd share little known and interesting facts about the 2014 Winter Olympics that you can share with friends and perhaps entertain your group next time you're watching the games together here at the Lodge. We hope you've been enjoying the games and cheering on Canada as we bring home the gold.

Similarities Between Vancouver 2010 and Sochi 2014

Sochi is the warmest city ever to host the olympic games. You may have seen pictures of palm trees, and heard that it borders the Black Sea. But it is quite similar to Vancouver in this way: Vancouver is, similarly, one of the warmest cities in an otherwise northern country, and also borders the sea.

Sochi will hold the skiing events in nearby Krasnaya Polyana, in the same way that Vancouver held its skiing (and other) events in Whistler.

Tragically, the Vancouver 2010 games saw the death of 21-year-old Georgian luge athlete Nodar Kumaritashvili during a practice run. Because of this, luge is one sport that is purposefully slowing down. The luge in Sochi will actually have three uphill sections to ensure the safety of the lugers.

Winter Olympics by the Numbers

You can use the winter olympics to learn about the physics and engineering behind the winter games. Whether you're interested in how those knowledge and snowboarders pull off their stunts, or wonder how in the world the luge runs are built, you can learn this and more. The New York Times provides lesson plans to teach and learn various academic subjects using the winter games as inspiration.

We hope you enjoy learning a bit more about these winter games, and that you'll stop by the lodge and share your knowledge with us. Don't forget, for every gold medal Canada wins, you could win, too! Tomorrow, Saturday, February 15th schedule includes:

Canada's medal count is, so far:

Come by, wear your best red and white, and cheer Canada on at the Pemberton Valley Lodge!