Pemberton Winter Heats Up, Olympics Cool Down (A Bit) 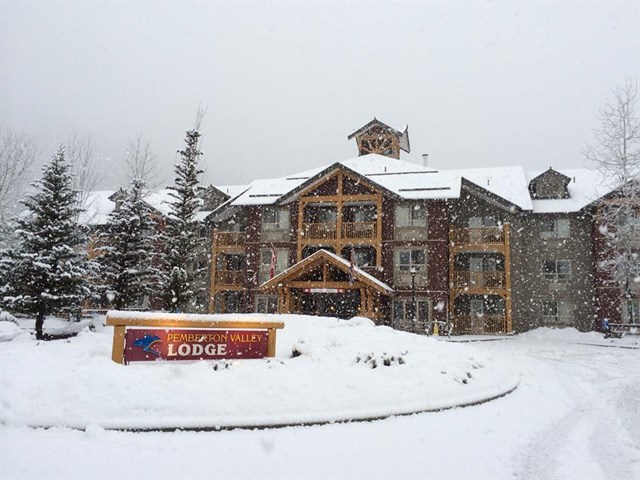 We've seen it all this winter in Pemberton: Starting with some great early snow, we moved quickly to a freezing cold snap. Then, almost right after Christmas, Pemberton Bike Co announced that bike trails were open and, in fact, birds were actually singing in the trees.

As we settled in to cheer on Team Canada and remember the winter Olympics we had here just four years ago, we felt at times that maybe we'd have a short winter this year. We've seen all kinds of winters here, but this year may be the, well, most interesting. We've been lucky enough to be able to experience pretty much the gamut in terms of weather.

And, finally, as the Olympics wind down, Pemberton's winter is really heating up: It's time to get that backcountry gear out, tune up the snowmobile and wax the cross country skis. We've had snow all season long, and some great adventures snowmobiling out on the Pemberton Ice Cap. But as of this week, it is truly spectacular. Our neighbours, Whistler Blackcomb, have seen well over 120 cm in the last 7 days, and we can't see an end in sight to the fluffy white stuff. It's here. And we're ready.

After spending time watching the winter Olympics take place in the warmest climate in the history of the games, and listening to the slushy snow that the athletes have had to make do with, we feel it's time to get out and see why Pemberton is known as "The Gateway to Adventure".

Canada's athletes inspire, whether they win gold or not. We're definitely bringing home our fair share of medals, but it's the stories we've watched and listened to that have really inspired us and motivated us in our own athleticism.

The halfpipe competition, for example, had athletes really doing their best under extremely poor conditions. Poor conditions mean that not only can athletes not do the tricks they were hoping to show off to the world, a wrong move was dangerous. Canada's athletes experienced both:

Edmonton's Mike Riddle took silver and couldn't contain the excitement of winning a medal in such bad conditions. Quoted by the CBC, he said: "It's unbelievable. I put down a good run in what were difficult conditions. I knew I had a chance."

Number one in the world, Justin Dorey of Calgary fell victim to the horrid conditions and crashed on his first run. His second run saw him stumble, and the top halfpipe skier in the world finished 12th.

The roller coaster ride that is the Olympics, the surprises, the anguish, the incredible joy, have all come together to remind us why we love our Canadian athletes. We've enjoyed watching the Olympics with you, and sharing with you when Canada wins gold. Thanks for being there with us. And as the Olympics draw to a close, let's get ready to get outside ourselves and enjoy that incredible winter weather we've been given. Just in time.