2014 Canadian Olympics Summary - From a Pemberton Point of View

How the 2014 Games Went Down for Canada...from a Pemberton Point of View 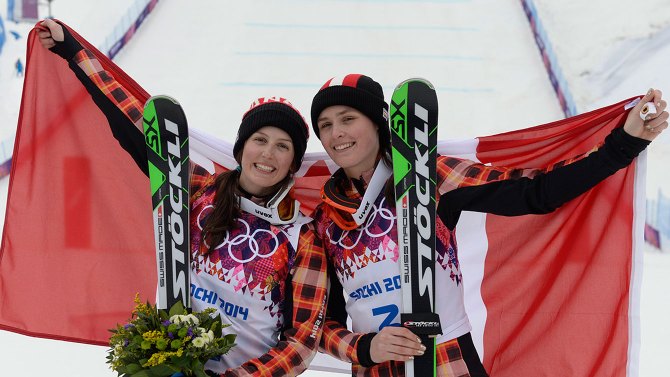 The Games are winding down Sunday, and it will be time to get back to normal. Hopefully, that includes lots of snowmobiling, touring, fishing and skiing. But before the Games end, here's a summary of Canadian triumphs, from a Pemberton point of view.

First, We Had Two Hometown Heroes

Yuki Tsubota and Marielle Thompson, both from nearby Whistler, made the Olympic team for freestyle skiing sports. Yuki was set to perform in the new-to-the-olympics sport of slopestyle skiing, and many people saw her as an athlete to watch. Only 20 years old, Yuki grew up in Whistler, but only started skiing when she was 10 years old. She was at dinner one night with her mother when she met Tavish Sutherland, a coach at the Blackcomb freestyle club, and he encouraged her to try it out. She earned a silver medal at the Dew tour in 2012, bronze in the 2012 AFP World Championship, and 2012 FIS World Cup Competition where she finished 5th.

She was ready for the olympics this year, but slopestyle is a dangerous and unforgiving sport. Her crash in the finals has been often reported as "scary to watch" (Indeed: See for yourself below.) The tumble, however, seems to have been thankfully minor. She is doing well, and recovering with "only" a jaw injury. That same day, her teammates Dara Howell and Kim Lamarre took gold and bronze.

Marielle Thompson fared better than Yuki in her competition: the ski cross. Just today, she ended up bringing home yet another gold medal for Canada in this sport, and brought along another British Columbian with her on the podium, Kelsey Serwa. The two helped each other during the race, and by ending up with another 1 - 2 finish, helped bookmark the freestyle event, since Canada began with a 1 - 2 finish in the beginning. In fact, freestyle skiing has brought 4 1 - 2 finishes to Canada, a record.

Second, Canada Has Won A Lot of Medals

Just to be clear: Canada is tied for number of gold medals with the US and Russia. Norway has one more gold, at 10, than those countries. Canada is also tied with Russia for silver medals, at 10 each. So if the medals were weighted...then Canada would tie the medal count for second place. the medal count. If gold medals counted for 3 points, silver for 2 points, and bronze 1 point, then the medal count would be: Russia still first, with 54 points, but Canada and the US tied for second with 52 points each. Norway would be 4th with 46 points. It's a close match.

Canada's wins, however, have inspired the kind of patriotism you can't conjure. That 3 -2 win in women's hockey (from here on out, presumably, called "hockey") was something that the entire country (apparently, no one was at work or school) rallied around. And today's win against the US men's team in the semi-finals held a similar fascination over the entire country. Almost no one, apparently, was at work or school, and if they were, they were watching the game. We know we were. When the 1 - 0 game was over, the nation cheered, collectively.

In the kind of way you can't plan. That Canadian coach (from California, lest we get too nationalistic) helping the Russian cross country skier with his broken ski. The sisters on the podium, holding hands. This one, from speed skating: Gilmore Junio backed out of the 1,000m short track race because, he said, his teammate Denny Morrison was skating better. And, finally, Alex Bilodeau. Not for his 2 gold medals, but for his relationship with his brother. It's a story major news organizations would want to make up. He's motivated by his older brother, who happens to have cerebral palsy.

Did you see the games? Did you watch them with us? What memories stand out the most for you? Was it about winning or about the stories, or both? Let us know, and thanks for watching.