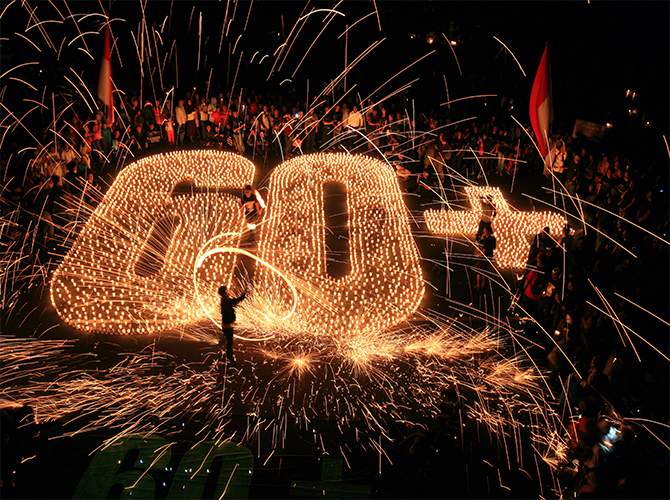 "Earth Hour 2013  saw a phenomenal increase in support as the world rallied together for one hour in an inspiring display of what people can accomplish when they put their hearts in the right place." This year, Earth Hour is even bigger, with the addition of a crowd sourcing platform which the World Wildlife Fund is using to raise money for projects all over the world.

Last year, in 2013, nearby Vancouver was named the first ever Global Earth Hour Capital. Vancouver has an ambition to be a global leader in climate-smart urban development with green targets. It was an exciting turn of events for Earth Hour participants, and we feel that there is a groundswell in public awareness about the importance of each of us doing our best to effect positive change in our communities.

The idea behind Earth Hour is that "You have the power" to effect positive change. When the whole world chooses to turn off its lights for one hour, the effect is remarkable. When the world gets together with their hearts in the right place, we can do amazing things together. That is the message behind Earth Hour, and it is one we fully stand behind at Pemberton Valley Lodge.

It's in part why we are committed to making sure we are doing our very best to be as sustainable as possible. We are proud of our 5-Key GreenKey rating. We've been audited by both GreenKey and the Green Tourism Association. We do things like installing an electric car charging station, and being a customer of Bullfrog Power, working toward 100% clean energy for the hotel.

On Earth Hour, we'll be keeping our lighting to a minimum and we'll be using candle light in the lobby as well. Also, each guest will be given a flashlight they can use during Earth Hour and also keep as a reminder of this celebration.

We hope you'll join us, and the millions of people around the world on Saturday, March 29th from 8:30 to 9:30 and turn your lights off as you "Use Your Power."