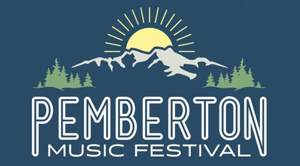 Last week, HUKA entertainment announced its initial lineup for this year's much anticipated Pemberton Music Festival, and fans could not be happier. Comments on their Facebook page include:

"HUKA crushed this so hard. Sickest music Fest lineup I've seen all year. So stoked!" and "sweet magnetic jesus on a dashboard" among other exuberant exclamations.

The lineup includes big names and in-the-now bands like Nine Inch Nails, hip-hop duo Outkast, Deadmau5, Lauren Hill, Snoop Dogg (or Lion) Kendrick Lamar, Grimes, Dan Deacon, Metz and Best Coast. 90s band Soundgarden will also be there, lending a diversity to the lineup that ensures that there is something for everyone.

What was supposed to become an annual event, however, was stopped in its tracks, in part due to its success.

The festival grounds couldn't handle the crowds, and without a viable solution, the festival seemed to be dead in the water. Huka Entertainment saw the possibility. They took on the project, bravely announcing this fall that they would announce the lineup in January.

However, when the lineup was announced, all was forgiven. And as A.J. Niland, CEO of HUKA Entertainment said in an interview in the Whistler Question,

"We want to always deliver, but I think ultimately we realized by taking the extra time and sacrificing that little bit of cred or patience, we were working on delivering an amazing lineup. Those who have given up on us, we're going to work hard to win them back. Those who stuck with us, I couldn't be happier."

A few of the bands (according to Niland in the interview in the Question) were justifiably concerned with the traffic issues and other issues from the 2008 event. Although he understands that fans were eager to know this year's lineup as early as possible, he also wants everyone to know that he's committed to making this festival the best it can be.

The festival runs from July 18 to 20th and so far, HUKA Entertainment is finding that tickets are selling, fast. The festival grounds capacity is 35,000. Tickets still available as of this writing include regular GA, VIP and Super VIP tickets. All Go-Green Commuter tickets have been sold. Check with the tickets section of the Pemberton Music Festival website for up-to-date information.

Camping is a great option for the Pemberton Music Festival, and HUKA has taken great care in ensuring that the camping is inclusive for everyone. Accessible Areas are provided throughout the festival, including accessible viewing, accessible restrooms, accessible shuttles, and more. We encourage everyone to take part in camping, if that is how you want to experience this festival.