The Pemberton Valley Lodge is proud to announce our General Manager David MacKenzie has been named the President of the British Columbia Hotel Association. In addition to leading our team at the Pemberton Valley Lodge, David will begin serving his two-year term as BCHA president immediately. Check out the press release from the BCHA below. 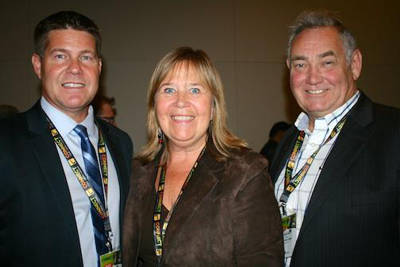 At the Annual General Meeting on October 19, 2015, the BC Hotel Association announced the incoming Executive Committee and Board of Directors for 2015-2016. We are pleased to announce David MacKenzie as the incoming President, for a two-year term commencing immediately.

David has been an active member of the BCHA Board for the past three years and has served as Vice President for the past two years. David is an Owner and the General Manager of the Pemberton Valley Lodge. Prior to opening the Pemberton Valley Lodge, David formerly held the positions of General Manager of the Adara Hotel, Area Director for Bellstar Hotels & Resorts, Area Director - Sea to Sky for Atlific Hotels and was a Village of Pemberton Municipal Councilor from 2005 to 2008.

In addition to his role with the BCHA, David is a sitting Director on the Tourism Industry Association of British Columbia Board of Directors and is a volunteer Auxiliary Constable and DARE Officer with the Royal Canadian Mounted Police.

"This is a year of transition for the BCHA, the membership passed a new set of bylaws at the AGM and we welcomed David as the new President," said James Chase, CEO of the BC Hotel Association. "David brings a wealth of knowledge and a deep understanding and passion for the accommodation industry. His dedication to our industry will benefit our Members throughout the province in the years ahead"

The BCHA would like to extend a heartfelt Thank You to Ingrid Jarrett, who will be beginning her term as Past-President. The BCHA would also like to welcome new board member: David McQuinn, General Manager of the Coast Inn of the North.