We know. It's super important to live in the moment and be aware of each precious moment. Especially in a place as grounded and yoga-loving as Pemberton, that present-moment awareness is a part of our daily life.

Whistler Blackcomb took a helicopter up the back of Blackcomb and skied with Mike Douglas and Robin Van Gyn on 35+ cms of fresh powder. 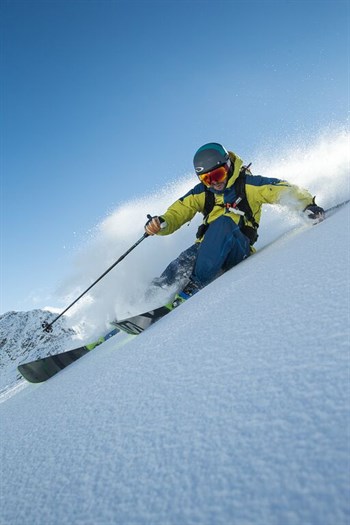 First Fresh Tracks of the year, baby. We're ready for more, too. Mount Currie is dusted in lovely white powder, and the entire village is buzzing with thoughts of what's coming. A season of snow.

There are weather reports all over the place this year, with the warm Pacific Ocean telling tales of unprecedented precipitation and an El Nino that some are calling a "Godzilla El Nino".

Though we know what that means for southern California, what it means for British Columbia is a bit more vague. It either means that we'll have lots of rain...or...lots of snow.

And with the way things are headed so far, it looks promising that alpine conditions are going to be very very white and deep this year.

What a fall so far. With severe storms already happening, the Sea-to-Sky corridor looks like it's getting ready for a pretty epic season.

And just in time for some pretty big celebratory anniversaries for our friends to the south:

On the one hand, we're helping our village to the south celebrate its 40th anniversary as a resort municipality.

There will be lots going on over the course of the winter season and beyond, as the village shows off what it's got and gives lots of reasons to visit.

Whistler has come a long way since its humble beginnings as a quiet fishing lodge. Now, as the number one ski resort in North America year after year, the resort is our favourite place to play.

We also love coming home to Pemberton, though.

And Whistler Blackcomb is celebrating as well. This year marks the 50th (golden) anniversary of skiing at Whistler. With that huge anniversary to celebrate, you can be sure that this upcoming season is going to be one to remember.

We can't wait to see you this winter! Get ready for your upcoming winter vacation with us by checking out these awesome deals. And look out for more great deals to come.