One of the most wonderful things about Pemberton is our strong sense of community and the way we are able to work together to get things accomplished.

Especially when this involves children and adults working together, which happened this week in our community. 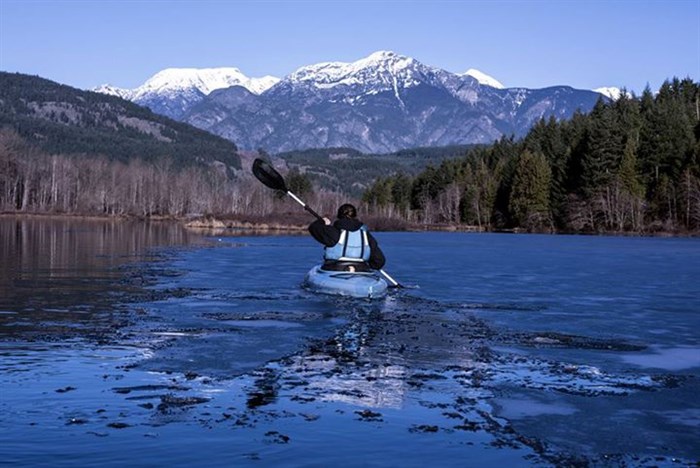 A wonderful new addition to playgrounds across Canada is what is called the "Buddy Bench" It's a special bench set aside for kids to use when they'd like a friend, but can't find one.

What a sweet, community-friendly way to ease the playground tension and let kids just focus on playing and making friends.

Pemberton used to have a Buddy Bench, but it had been removed and had not been replaced.

Ruby and Henry Walt used hard work and a bit of networking to create a bake sale that raised over $600 "exceeding their expectations" and helping to start the process of building a new bench at Signal Hill School. Ruby, in grade 4, and her brother Henry, age 12, stood at their bake sale for five hours on the day of the sale.

Henry created posters and he and Ruby distributed them door to door. They enlisted the help of Araxi's head pastry chef Aaron Heath, and assistant pastry chef Meagan Lamont. It probably helped that the children's dad is head chef at Araxi. Then again, who doesn't love helping eager kids raise money for a good cause?

Now that the funds have been raised, a student inquiry group will look into the design of the bench, what materials should be used, and where the bench should go. This process will start in the fall.

It's a great story to show what can happen in a small, tightly-knit community when a few people ask the question, "How can I help?"

In another small community story, an unobtrusive passive-house factory won the Governor General's Medal for Architecture. The structure, which sits on Artisan Road in Pemberton, is the first of its kind: a factory that makes passive-house panels. It's a 1500 square foot wooden box, made in a mere 8 days.

The Sea-to-Sky corridor is a leader in passive house construction, beginning with the 2010 Olympics, when Austria House was shipped from Europe. It is now at Lost Lake and called Passive-House. Soon after, the passive house factory was built, followed by a residential home in Rainbow.

Finally, the Village of Pemberton has created an app that will be used to help festival-goers during this year's Pemberton Music Festival. The app will allow tourists to learn much needed information about the village, and help to spread the word and showcase what Pemberton has to offer.

Pemberton is a village which exhibits what true community is all about: people coming together to get stuff done. Whether it's kids helping to improve their school, people building simple structures that innovate and win awards, or business people innovating with new technology, it's the little things - the daily things like these that frame our community and make it strong. A place we love to work and play, and a place we love to share with our visitors.