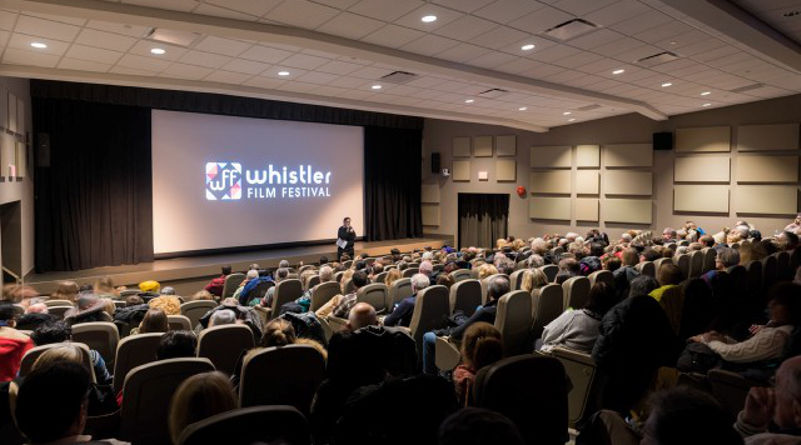 Once the weather starts to cool down, it can be tempting to stay inside watching movies. Luckily for you, the Whistler Film Festival is returning November 29th for its 17th anniversary! Grab some friends and catch one of the many amazing films being screened during the five-day festival, or mingle with professionals at one of the many industry events.

From filmmakers and producers to cinema geeks and critics, there's a reason Whistler Film Festival is widely known as 'Canada's coolest film festival'. Experience five action-packed days of amazing events, industry networking, parties, film premieres, and galas, plus you'll have plenty of time to enjoy skiing, fine dining, and more in Whistler while you're here.

This year, Whistler Film Festival boasts 87 films from over 15 countries, 14 feature films being directed by women, 16 first time feature films, and 67% Canadian premiering features. This year also has the most female-directed films, representing 30% of the feature film programming.

Noted as one of the most pleasant surprises of this year's festival is I, Tonya. This film takes you back to the 1994 Winter Olympics and explores the real-life story of Tonya Harding and what went on behind the scenes of the Nancy Kerrigan scandal. Sit back and watch how this incredible story unfolded, with Margot Robbie playing a young Tonya Harding.

The Ballad of Lefty Brown

Follow Lefty Brown, a 65-year-old cowboy sidekick who is finally forced to take a stand. Entirely shot on Kodak, the film looks and feels like a classic western.

This six-minute animated short tells the story about the complicated relationship between a father, who often travels for business, and the son he leaves behind. One of the valuable lessons passed from father to son is the skill of efficient packing, a skill the son has for life.

What's being called 'arguably the funniest American movie of the year' is in Whistler for WFF. The Disaster Artist tells the true-life story of how Tommy Wiseau, Hollywood outsider and a man of indeterminate accent, age, and talent simply went ahead and made a movie with his own funds called The Room. The Room, released in 2003, has been hailed as the greatest bad movie of all time and garnered a cult following. It's actually back on the festival circuit and will be appearing at WFF this year, along with The Disaster Artist.