This April, Intersection presented by Bromley Sports returns to the World Ski & Snowboard Festival in Whistler! This competition, in it's 7th annual production, has become a signature event at WSSF and continues to push the limits of action sport filmmaking. 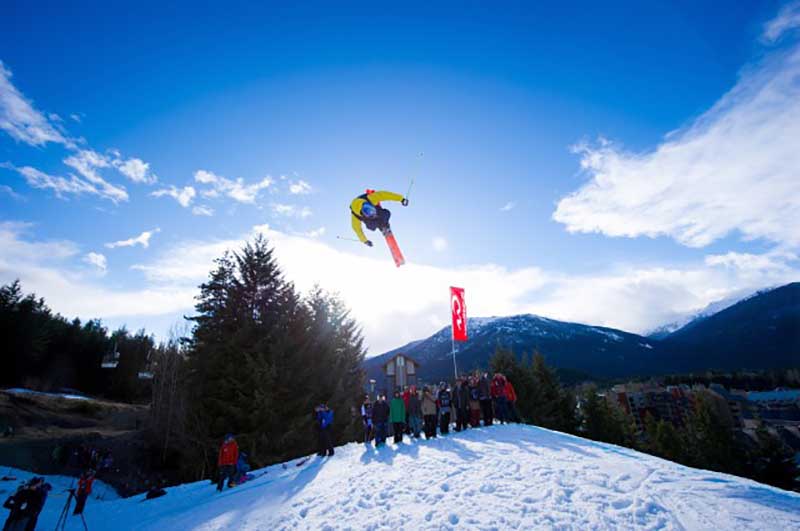 The event format tasks crews to shoot, edit and produce a 5-7 minute ski or snowboard film within 100km of Whistler. Each film must contain 30 seconds of park footage, 30 seconds of Whistler Blackcomb in-bound terrain, and 75 percent of the footage must be on snow.

The challenge exists in that each crew has only 7 days to pull off this extraordinary feat. The 7 days of filming, shooting and editing will take place March 22-29.

Filming crews better bring their 'A' game because they're battling for the coveted title - Best of Show, and a grand prize of $10,000!

On Friday, April 14th, the Whistler Conference Centre will be packed with audience members eager to watch the showdown on the big screen and witness who will be crowned Best of Show. Films will be judged on both filmmaking and skiing/snowboarding ability.

"Intersection is all about progression, athletic and artistic collaboration, and ultimately, pushing the limits of action sport filmmaking… March has already delivered a ton of snow in Whistler so teams are set up for the 7 days, which kick off on March 22. We're really excited about the diversity and caliber of teams once again this year and can't wait to see what each crew puts together." says Jaime Kerrigan, -Multimedia Events Producer for the World Ski & Snowboard Festival.

Get to know the crews participating in Intersection this year at WSSF.

From quantum physicists and engineer students, to swing dancers and mushroom picking surfers, the greatest Canadian free-skiing force Gapers Gone Wild are a diverse and cooperative group of individuals who share the love of free skiing and visual platforms that segment the stoke. With multiple self-produced movies including "Something Like That" and "Boiled Your Geese in Hell" plus an armory full of short edits, this crew has been documenting their skiing for nearly 10 years.

This year has seen a huge step forward for Happy Place Films, culminating in their first feature-length movie at the end of the 2017 Season. Happy Place Films is focused on bringing athletes to their natural habitat and showcasing them for the world to see. Every step they take is carefully planned and safety is always a priority in all of their adventures.  Don't get these guys wrong though, they go big, gnarly and border-line crazy to make the best edits and movies possible.

"When you share your best memories with your close friends, the bonds you form begin to turn you into a family." The Hood Crew produces short movies highlighting their family's adventures skiing in the city streets and in the mountains. They feel that every day they ski is a celebration and they hope to inspire others to join in on this festive lifestyle with the media they produce.

Greybirds are an up and coming team located in Whistler. They are trying to reignite the filming spark by filming a 4 part web series called "What's Not To Love?". As they say "We don't take ourselves too seriously, we just like to have fun and drop heaters!"

As young kids growing up in Guelph, Ontario, this group of friends did it all, from biking and skateboarding in the summers to skiing and snowboarding in the winters. They became known as the crazy kids from the flips and spins they were doing in whatever adrenalin filled sports they could find. Living in Whistler since 2009, they are still living that lifestyle and love creating video content to document their adventures. Now the Lords of Whistler are looking to push their video productions to another level and found no better way than this epic contest.