Red Bull 400 Is Back In Whistler This August

Once again the Red Bull 400 returns to the Whistler Olympic Park in the beautiful Callaghan Valley. On August 5th, 2017 athletes will challenge both their endurance and speed with a 400m race to the top of 37 degree ski jump. 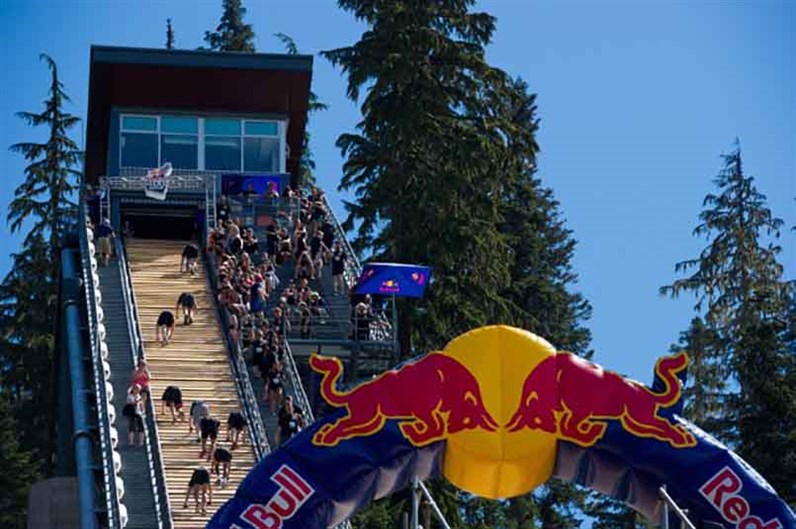 To start off the steepest 400m race in the world, runners will do a qualifying run to see where they're placed in the final heats. After qualifiers, the athletes with the best times will go on to the finals for their respective category. World class athlete and defending women's champion, Rachel McBride, returns to keep her title of Red Bull 400 champ. Also in attendance this year will be Ian Robertson, who holds the record for climbing the Grouse Grind 17 times in one day! Even if you can't make it out to compete, this race is sure to be a nailbiter, so you'll want to come cheer on the runners and participants as they climb their way to the top.

Are you ready to test your endurance among the best? Registration is now open for all levels of athletes who want to participate in the event. This year competitors can sign up for 1 of 2 categories, depending on skill level; the solo full distance or a relay for teams of 4 (4x100m). Solo category tickets are only $55 per person and team relay tickets are $100 per four person team. Both tickets include lunch, beverages, and a custom race kit for you!

You can register now or learn more about the event by heading over to the official Red Bull 400 Whistler website.

Looking for somewhere to stay for the Red Bull 400? Pemberton Valley Lodge is only 30 minutes north of Whistler and offers you great savings with our deals and packages. Enjoy the peace and quiet of Pemberton but stay close to the action in Whistler!