On November the 11th, we honour the fallen who died in military service, and recognize those who served and continue to serve in wartimes with Remembrance Day.

For a nation of only eight million people, Canada's war effort during WWI was widely regarded as remarkable. 619,636 men and women served in the Canadian forces in the First World War, and of these 59,544 were killed and another 154,361 were wounded. Although Remembrance Day began to honour the soldiers fallen in WWI, many Canadians and provinces choose to encompass all the men and women who have served, and continue to serve Canada both in times of war, conflict, and peace. More than 1,500,000 Canadians have served throughout our history, and 118,000 have passed in battle. 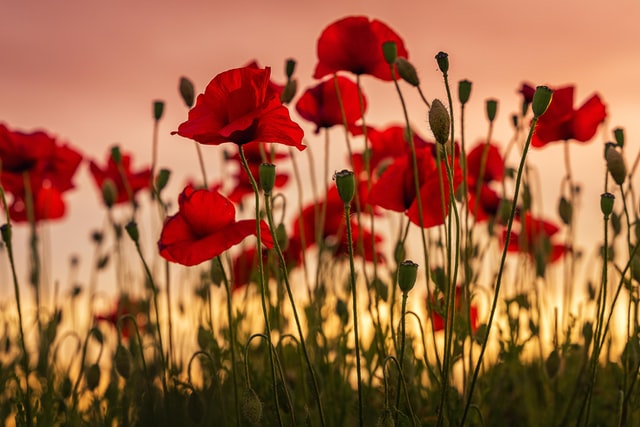 In the weeks leading up to Remembrance Day you will see members of the Pemberton Community along with millions of Canadians wearing red felt poppies on their lapels. This symbol of Remembrance Day was inspired by the poem “In Flanders Fields,” written by Lieutenant-Colonel John McCrae. However, the poppy is not only a visual representation of the pledge to pay homage to the fallen but also, as part of the legion poppy campaign, a fundraiser that provides for veterans and their families in times of need. If you would like to support this campaign poppies can be purchased by donation from many of the local stores.

Some of the Pemberton and area men who enlisted in WWI were: James Landsborough, Walter Landsborough, Ernest Blakeway, Jake Lokken, Olus Lee, Eric Coleman, Ernest Ward, and Robert Law. Walter Landsborough, Coleman, and Law did not return from overseas. Those enlisted in WWII were: Joe Joseph, Marg. Blaquiere, Elsie Miller, Dick Green, Harry Erikson, Bill Jamieson, Ben Kay, F.H. McEwan, Stan Gott, Ronie Miller, and Patrick Wilson. Some never returned, others returned and resumed life in the valley and their descendants are still here today. In 1935, Patrick Wilson and his brother donated the land where the Pemberton Cemetery now stands and where many of these men and women have found their final resting place.

This list, provided by the Pemberton Museum, is by no way comprehensive. It is acknowledged that more information and documentation is needed about Pemberton's Veteran history.

The museum also shares a collection of newspaper images of veterans from Pemberton Valley. For the young historians they have also put together a teaching collection of activity sheets related to WWI and WWII.

We also recognize the volunteer effort of the Pemberton Branch of the Pacific Coast Militia Rangers. Though these volunteers never engaged against the enemies they did play a crucial role in securing our area after the attack on Pearl Harbour and the declaration of war against Japan in 1942. Read more about them at the Pemberton Museum. 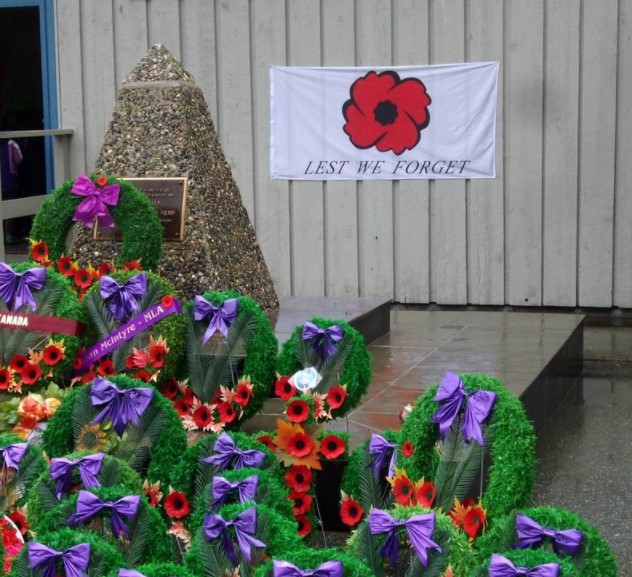 To pay tribute to those who have died in military service, an annual special Remembrance Day Service is held at the Royal Canadian Legion Branch #201 - 7442 Prospect Street.

Pemberton’s Remembrance Day commemorations will look slightly different in 2020, as we adapt to ensure that everyone is able to follow the COVID-19 safety guidelines. There will not be a parade or public Remembrance Service at the Pemberton Legion this year. The service usually attracts several hundred attendees so it would not be possible to maintain social distancing and would put vulnerable people, including veterans, at risk.

Instead, a private service at The Royal Canadian Legion Pemberton Branch, will be streamed online and shared through social media channels on Wednesday 11 November for people to watch safely from home. People are encouraged to pay their respects from home and pause and observe a moment of silence to mark the sacrifice of the many who have fallen in the service of their country, and to acknowledge the courage of those who still serve safely from their doorsteps.

Pemberton Legion President Lesley Clark said “We are enormously proud of our military family and Remembrance Day is very important, giving us all a chance to reflect, remember and honour those who have lost their lives. While this year has thrown many challenges our way, we have seen the 75th anniversaries of the Liberation of the Netherlands, VE Day and VJ Day and the 80th anniversary of the Battle of Britain. While we cannot all be together, we can still remember all those who gave so much and I’d invite you all to watch our Remembrance Service online and take part in the two-minute silence at 11am. If you do choose to visit the memorial at Pemberton Legion, we’d ask that you try and visit at different times of the day in order to help protect the most vulnerable amongst us.” 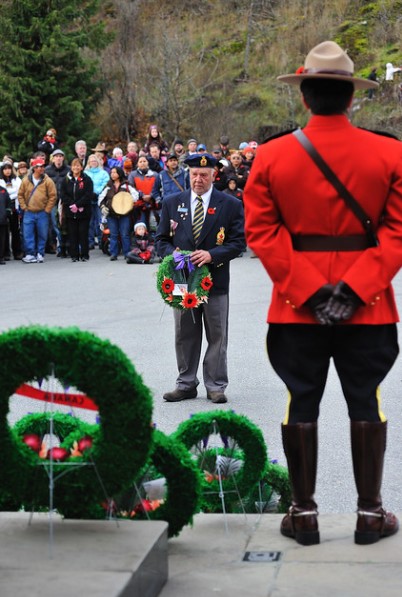 The Act of Remembrance

They shall grow not old, as we that are left grow old;

Age shall not weary them, nor the years condemn.

At the going down of the sun and in the morning

We will remember them.

We will remember them.